Back to Hana Gallery

I started college in 1984, I Graduated from Middle Tennessee State University, Murfreesboro TN in 2003....my 4th college..  with a BFA in Sculpture with an emphasis in metals.......I guess it takes me 19 years to do ANYTHING important...

One of a zillion pups I drew, sculpted and painted in about 1987-88... I made about 40 mini RAKU FIRED pups, and 12 or more lifesized HUGE fireclay pups...I had a habit of throwing my pieces in the dumpster after I finished them.... I am still looking for a picture of any one of them.. This one was retro drawn for the band Laughing Storm Dogs it was on their T shirt.... probably about 1990-91..... I  eventually realized the PUP is actually a portrait of a dog named "Come'ere" I had when I was a kid. 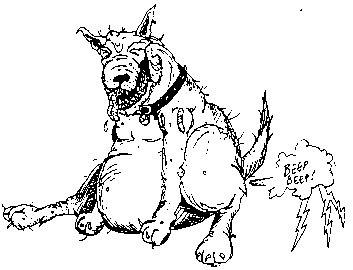 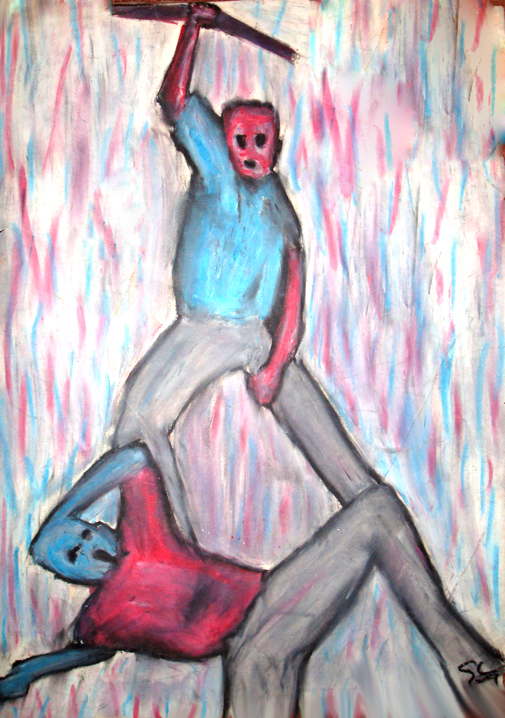 I dont know if I ever titled this one... from 1989, it is a statement about racial violence... but I think it translates to modern political violence too...

I am calling it RED ON BLUE VIOLENCE now...

In a private collection 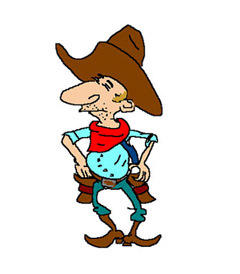 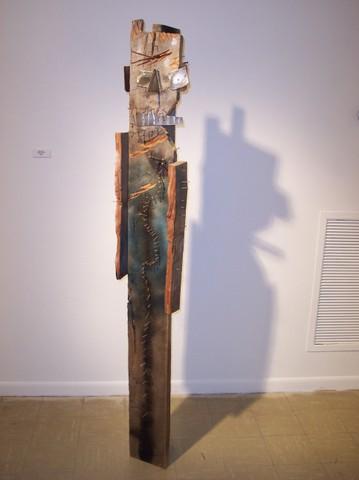 This was in my senior show from College, MTSU, like all my self portraits, it looks JUST like me,it is my height, and it took about 30 minutes to make, and as a bonus, it looks JUST LIKE I FELT WHEN I "SCULPTED" IT... . 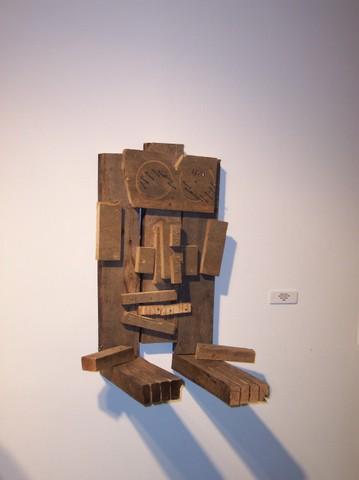 This was in my senior show from College, MTSU... This is how I pray... I just poke my hands out to the universe, and I get what I need in the fullness of time...... it looks EXACTLY like me... . 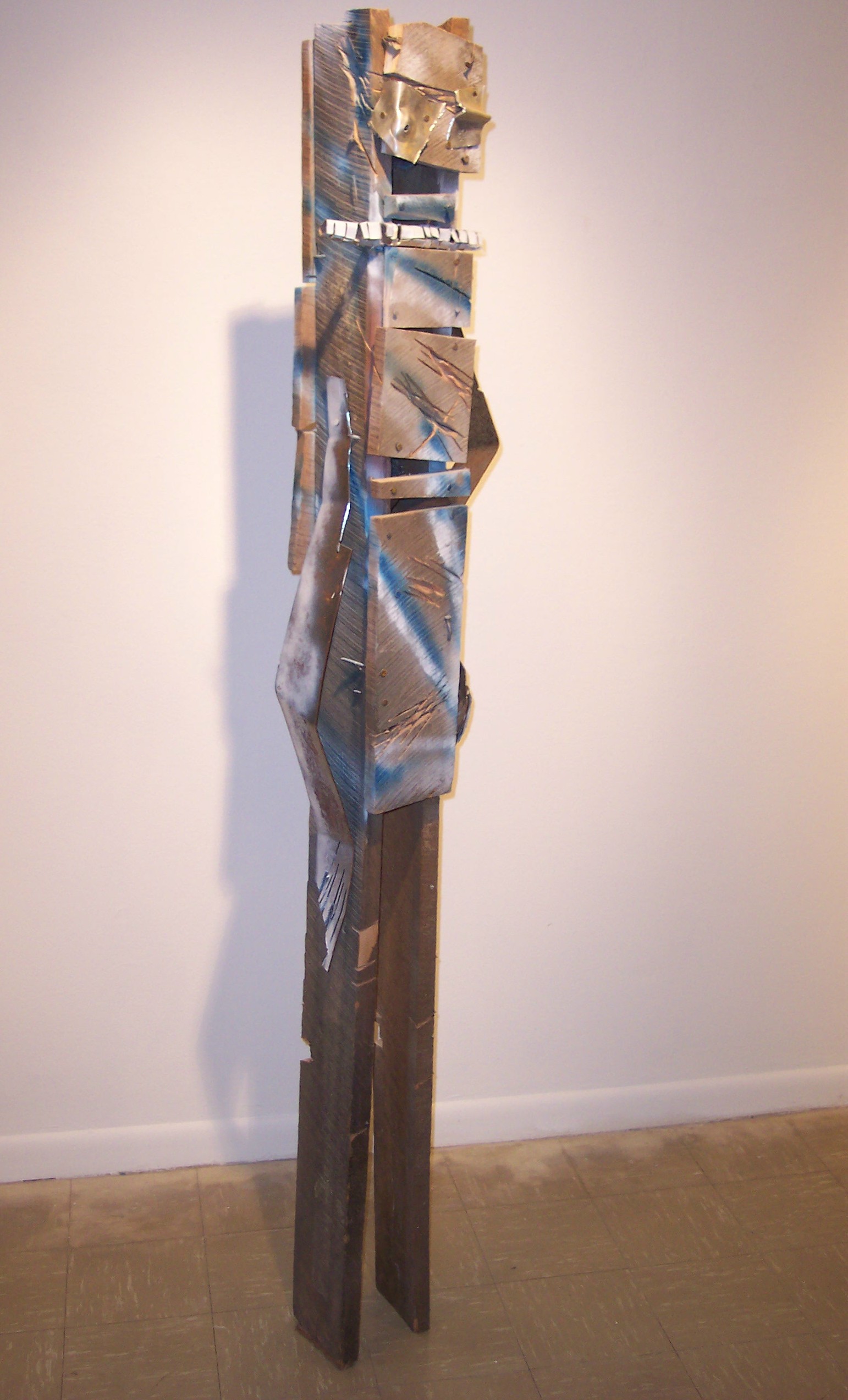 Its like looking in the mirror... All the stand up ones are about my height, 6'3, I used my real eyes on this one. This one was also in my Senior Show. 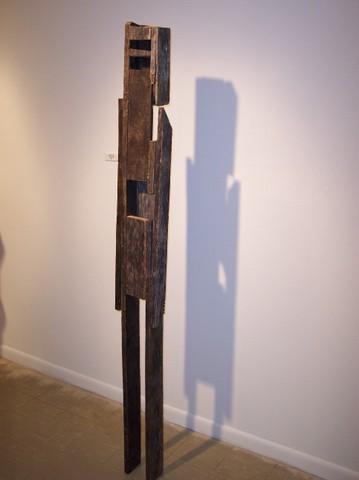 Also in my senior show, this one LOOKS EXACTLY like me... see the hole in my middle?

I plasma cut this out of 2 4x8 sheets of 16 ga steel, then cold hammered it into a ball, its ridiculous, heavy and unstable, like me... , but it rattles when the wind blows... it is a self portrait of sorts.

In the collection of Shawn Berbert 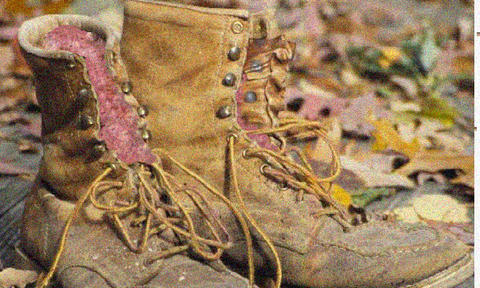 Once again, a dead ringer for me. This was borderline performance art, I showed up late for my critique with 20 cans of potted meat, I took off the boots I was working in all day (renovating a burnt house), I spooned the meat into the boots, and sat it on a big white pedestal and proclaimed it to be "ART""

With the combined power of MY feet and potted meat......... it really stunk.

It didn't make it into my gallery show. Due to the smell I was forced to remove the piece from the building. I left them in the back of my truck for a couple of days until my wife made me throw them out.... 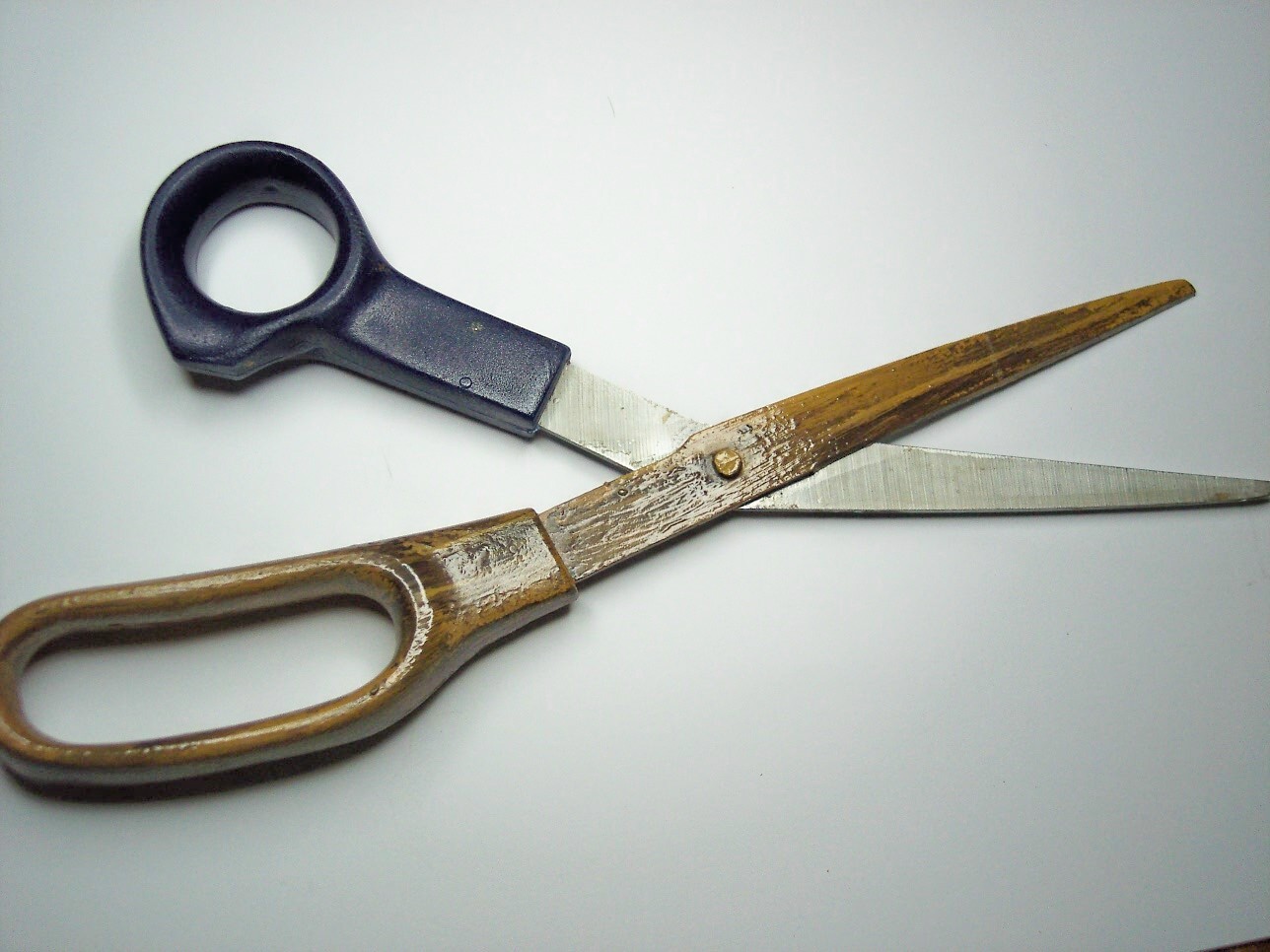 This seems like something my Grandpa would have done. My Grandparents were Depression Era folks who NEVER threw away objects that might have future use.... I can imagine him finding a broken pair of scissors and whittlin' a new "leg" for them.

It has a slot for a credit card, but no price is marked on it... you have to take your chances... but you can also see that it's empty...... I got this idea late at night... and sketched it out, thinking it would be a good study for a painting or sculpt... it's just stupid enough to be funny... it plays out of my love for really stupid humor and Sci Fi.... and no, it doesn't make any sense.

While in the full bloom of annoyance  I took took this picture of myself and photoshopped it into some SP's.... THE ELEPHANT, someone spilled the last elephant.... In college "THE PROCESS" was talked about continuously, whether the "act" of making the art was more or less important than making the art itself... this piece evolved over 6 years. It started when I was sculpting with a 2 part epoxy clay and had some left over, I stuck it on the lamp and the project started... every time I had a lump leftover that I didnt need I stuck it on the lamp. Some of the lumps were incised or stamped for texture. I eventually covered MOST of the surface....